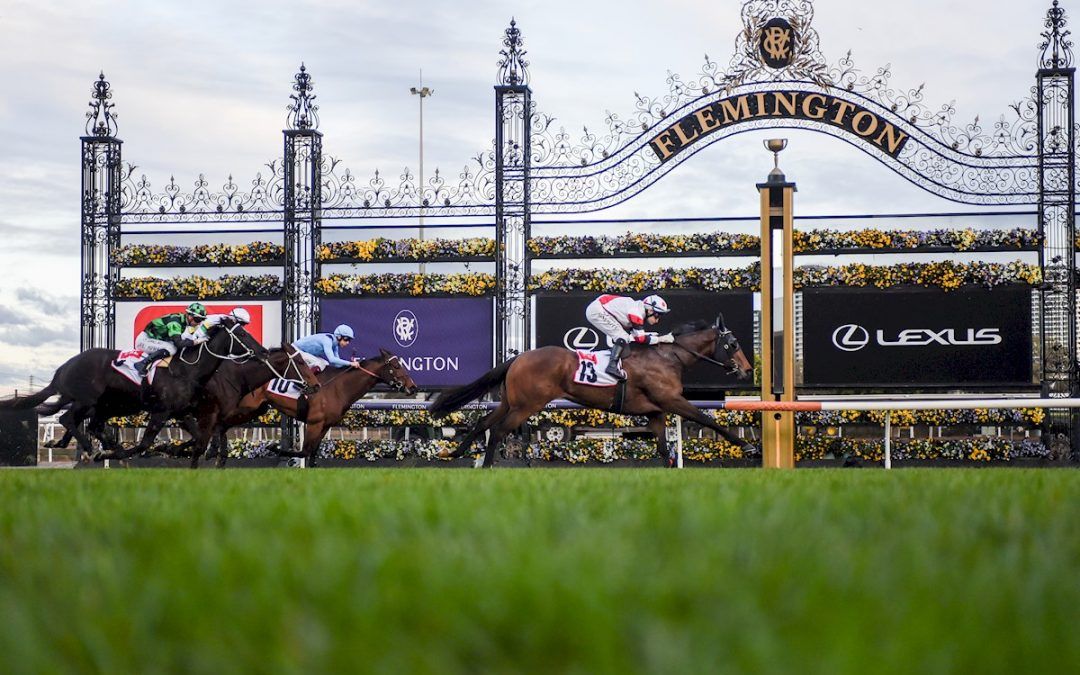 A lot of blood, sweat and tears from the team have gone into Lindhout’s maiden city win at Flemington over the weekend. With her mannerisms not mirroring a push button pony, she’s taken a bit of time to mature both physically and mentally to get everything right on race day. It was an easy watch for the lightly raced mare who jumped and settled toward the rear on her best behaviour for jockey Craig Newitt. They stalked the second favourite Barbie’s Fox until it was time to pop off her back at the 300m and use that electric turn of foot to chase down ten of her competitors to win the Leilani Series Final by two lengths.

This is the first city winner produced by her dam My Ransom who has a story of her own. All the way back in 2012, Enver packed up his golf clubs and headed north to Queensland for an annual break with a few owner friends to get a bit of sun on his back. A visit to the Magic Millions National Yearling Sale was a part of the agenda and after checking out the catalogue Enver had his eyes set on a bay filly by Snippetson. She was a big, strong girl with a beautiful body but ordinary legs and was later passed in. The vendor approached Enver after noticing his appeal for the yearling and offered to sell her to him for $5000. Enver trying his best offered less than half that amount and took her home for the original offer.

Enver is known for giving his young horses time to fully develop before putting them under the pressures of racing and generally doesn’t race horses until they’re at least three years of age. The daughter of Snippetson was broken in and got up to working at three quarter pace during her first educational preparation but Enver was worried he’d made an error with his judgement and decided to put her out for a lengthy spell. There was a truck delay on the day she was supposed to head to the paddock and she got cast in her box and fractured her hip socket. The vet gave Enver two options, first was a long rehabilitation program with a spell and the second was the unspeakable. Being an animal lover, Enver was quick to dismiss the veterinarian’s suggestion and gave the unraced filly, now named My Ransom, a second chance at life.

For four months, the filly was box bound then progressed to a small yard and improved over time but still walked with a limp. With her great temperament and being a half sibling to two winners, the breeding barn beckoned. One of Enver’s owners had a share in Duporth and offered a free service to the stallion so My Ransom was then transferred to Kitchwin Hills. Upon further genetic research by the stud, Duporth was in fact too close to the Red Ransom line and that breeding plan came to a halt. The team at Kitchwin Hills suggested a service to second season sire Time For War and Enver, after initially going for a free service, reluctantly agreed with $7000 less to his name. This was the making of first foal Lindhout. They say timing is everything in racing, Time For War suffered a suspected colic attack a month after visiting My Ransom. The mare hasn’t had a prosperous breeding career, leaning more towards quality over quantity, only producing Lindhout and a nice Squamosa foal at foot from nine attempts but Enver is proud of what she’s achieved at stud so far.

With Black Type ambitions ahead, Lindhout will likely have one more run and head for a well-deserved spell.