Amortentia a first for our new stables 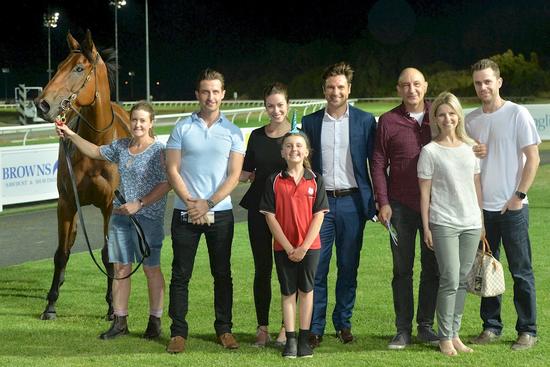 Amortentia continues to live up to her promise by winning convincingly at Cranbourne on October 24.

Enver Jusufovic went into the race very confident that Amortentia, who had won two of her past three starts, would win again after drawing favourably in barrier 4.

Thanks to a superb Luke Currie ride, Amortentia virtually led through to win by 1.75 lengths.

Currie said it wasn't his intention to lead, but the Wanted mare jumped well, so he was happy to take up the running. The big mare kicked strongly on the bend and quickly put the race in doubt.

"She's a nice mare who was well prepared for this by EJ and Kym," Currie said. "She can continue to work through her classes."

Enver said the decision to give Amortentia a three-week break between runs meant that she went into the race fit, fresh and keen.

"That's my first winner since shifting into my new stables on track here and Cranbourne, and let's hope it's the first of many," Enver said.

EJ said that he has in his sights a $100,000 BM78 race at Caulfield for Amortentia later in December. "She's a 70 rater now, so she should is guaranteed a start," he said.