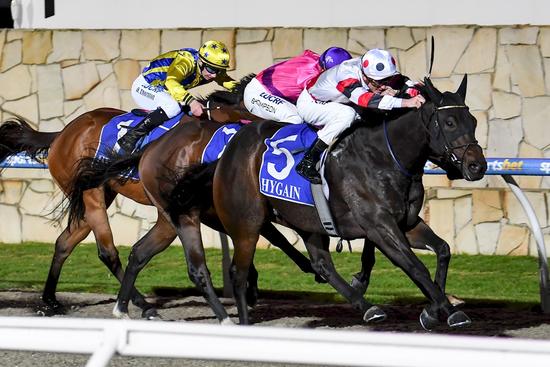 Educate looks to be headed for better things after his dynamic sprint to win at Pakenham on the synthetic track on May 10.

The nuggety gelding, ridden by Ben Allen, burst between horses from fifth on the turn to win running away over 1200 metres.

Allen told racing.com after the race that he felt that Educate was up to city class.

Educate, by Master Of Design, has now won three of his 12 starts and the patience of his trainer Enver Jusufovic and owners is starting to pay off.

“He is a horse that has always shown talent, but it has taken time to teach him to relax in his races. He did that tonight and produced a very good sprint, which is what he can do,” Enver said.

“Ben felt he switched off when he got to the front, so he could have won a lot easier.

“It’s a pity the metropolitan races aren’t held on the synthetic track, because he seems to love it.”