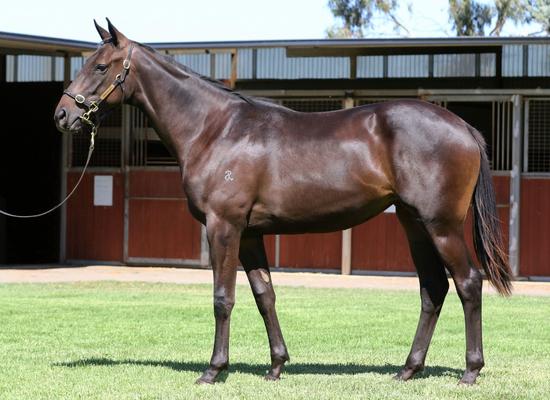 Enver was very active at the recent Inglis Melbourne Premier Yearling Sale at Oaklands Junction in March.
He's delighted to offer for sale a quality filly by former Horse of the Year and exciting first-season sire Dissident.
Lot 28, the brown or black filly from the Redoute's Choice mare Reckless Assassin, a winner of six races, including five on the Melbourne metropolitan tracks from distances 1500m to 2040m.
The filly, who is the first foal of Reckless Assassin, comes from one of the most famous families in the US Stud Book. She is closely related to star gallopers Timber Country, Hamas and Bianconi.
"I think we bought the best-value Dissident at the sale having paid $80,000 for a filly out of a top racemare. She only needs to be as good as her mother and we are going to have a lot of fun," Enver said.
"She's a good size with plenty of bone and scope, which she gets from her dam's champion sire Redoute's Choice. However, she's mature enough to run as a 2YO."
Importantly, the filly is Super VOBIS nominated and she will paid up for the rich VOBIS Gold and Inglis Series.
The cost to buy into this filly is her purchase price $88,000 (inc. GST), sale costs (float etc), insurance, breaking in and agistment as well as the cost of VOBIS Gold and Inglis Race Series.
*Note: nearly half this filly is already sold. 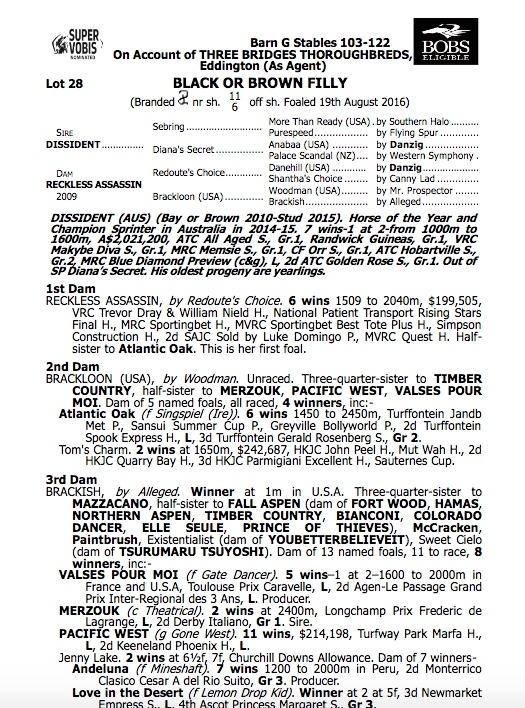