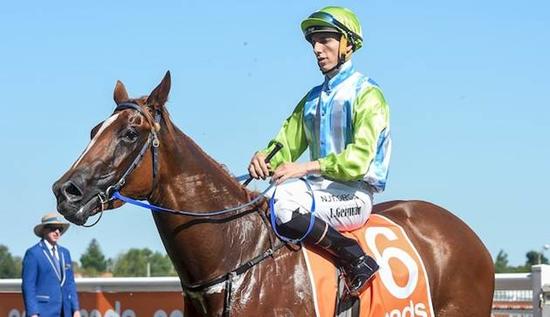 Paperwork was this week finalised to allow German to join the Cranbourne-based Enver Jusufovic on loan from the training partnership of David Hayes, Ben Hayes and Tom Dabernig.

Jusufovic has the greatest strike-rate of any trainer in Victoria's top 50 this season, winning at 21.25 per cent. He has a 24.6 per cent record on Victorian country tracks courtesy of 14 winners from 57 starters.

German has ridden 105 winners during his apprenticeship, with 49 of those successes for Lindsay Park Racing.

German, who is a strong whip rider in either hand, has just one ride for at Saturday's Caulfield meeting aboard the Geoff Duryea-trained News Girl in the $112,000 Listed Neds Bel Esprit Stakes (1100m).

German is unbeaten from two rides on the four-year-old Magnus mare, with both victories registered at Caulfield during the summer.

News Girl is a $16 chance with BetEasy to win the Bel Esprit Stakes, with last year's Blue Diamond winner Lyre the $6 favourite narrowly ahead of last season's Caulfield Sprint winner Eduardo at $6.50.