All Good In The Neighbourhood 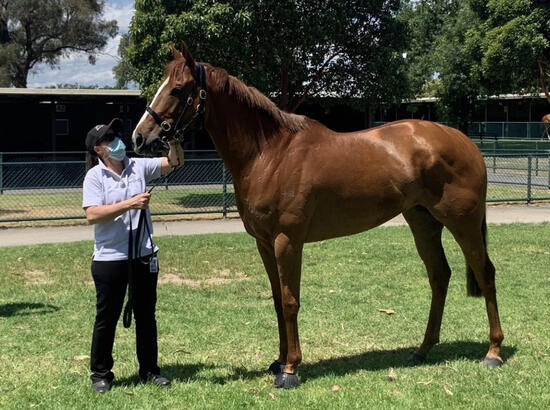 Multiple Metropolitan winner Neighbourhood impressed the team immensely in her last start at Ladbrokes Park Hillside on November 14. The five-year-old daughter of Street Boss held her own against the boys as the second outsider of the field in the Group 3 Keven Heffernan Stakes over 1300m.

Sharing three of her four victories with jockey Michael Dee aboard, the pair joined forces once again second up for a gallant third behind classy horses Kemalpasa and Order of Command. After being slow away from barrier one, Dee didn’t bustle her and they settled at the rear. Once they got into the straight, with some encouragement, the mighty chestnut mare found her stride and was solid from the tail of the field finishing home in the fastest last 200m of the meeting.

Since winning three in a row at the end of 2019, Neighbourhood has been contesting in stakes races around Melbourne performing very consistently not far behind them. Enver was very proud of his now stakes-placed mare and extends his congratulations to long-time supporter of the stable, Robert Patterson.

Following the run, Neighbourhood was sent to the paddock for a deserved short break to freshen up before bringing her back in. She will be set for some big targets in January 2021.