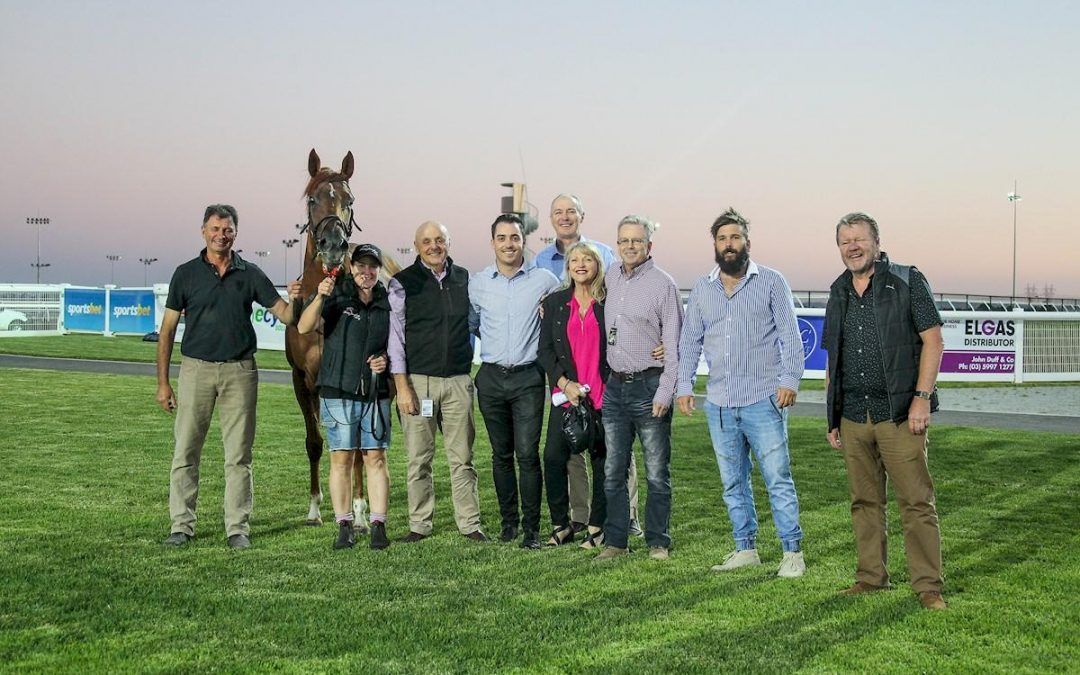 Exciting mare Abyssinian proved her terrific first-up win was no fluke with a dynamic win at Pakenham on Thursday night, February 1.

Confidently ridden by Ben Allen, the daughter of Magic Albert stormed home a soft winner after giving the leaders a big start before the turn in the Benchmark 70 1200m event.

Abyssinian continued the great run for trainer Enver Jusufovic, especially with his fillies and mares after he has scored recently with Sharing (Flemington), Just Hifalutin (Flemington) and Necessary (Cranbourne).

Sharing and Necessary were outstanding finishing second in $100,000 and $120,000 events at Caulfield last Saturday.

Enver said that he had no immediate lofty plans for Abyssinian, other than “work her through the classes”.

“She showed tonight that she’s got the ability. It’s been a long wait after buying her as a weanling, but she’s been worth the wait. Now is not the time to rush her,” he said.

“I’ll look for another race for her once the dust settles on this win.”