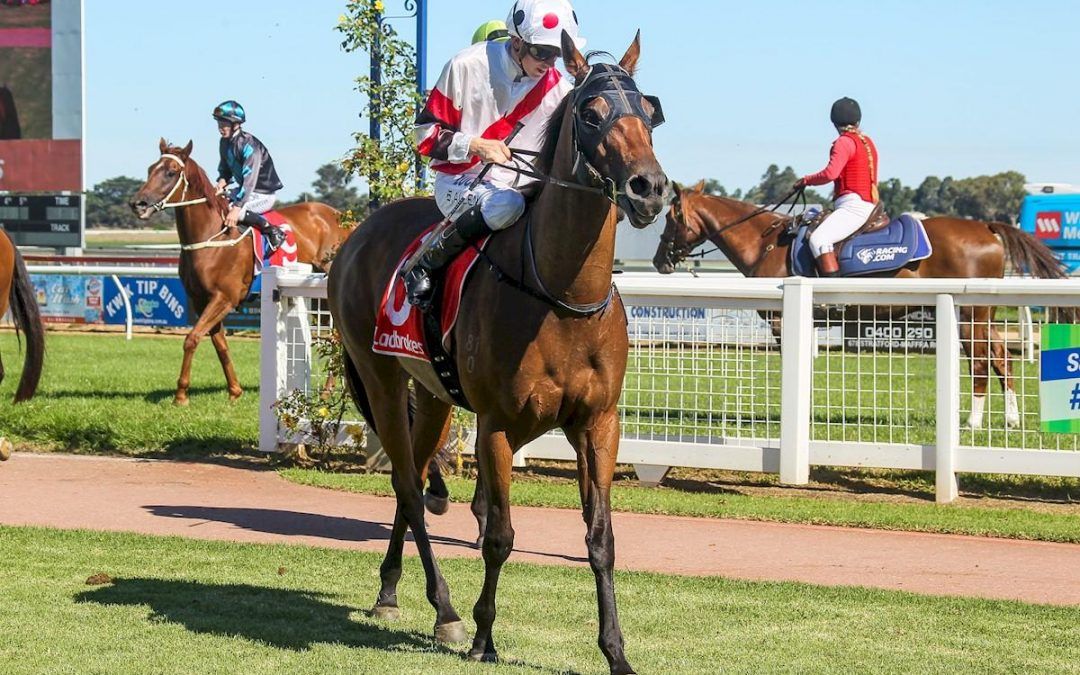 Expinsive continued the impressive run of trainer Enver Jusufovic with a fast-finishing win at Sale on Sunday, February 4.

The 7YO mare is EJ’s sixth winner from his past 13 starters, including two wins at Flemington.

Interestingly, all EJ’s post-Christmas winners during his hot summer run have been fillies and mares, emphasising the patience and skill he has in keeping his mares happy, contented and in good form.

Expinsive, as her name suggests, is the costliest horse EJ has bought at auction, however, it is a refection of her good type and her classy pedigree. The daughter of Pins cost EJ $160,000 at the Inglis Easter Yearling Sales, and it’s a credit to him that she is competing at the top of her form at seven.

Expinsive’s grand-dam is Society Bay, one of the best racemares to come out of New Zealand in modern times. Society Bay, by Zephyr Bay, is the foundation mare of many high-class Black Type winners.

Expinsive was ridden daringly by in-form apprentice Ben Allen, who took the gamble of an inside run in the home straight when the option to come wider had presented itself earlier in the straight. The run came and Expinsive burst through for a good win.

“She showed an exceptional turn of foot,” Allen said.

EJ said he’d love to win a metropolitan race with Expinsive. “She’s a lot better than a BM64 horse. She deserves a win in town before she becomes a broodmare.”