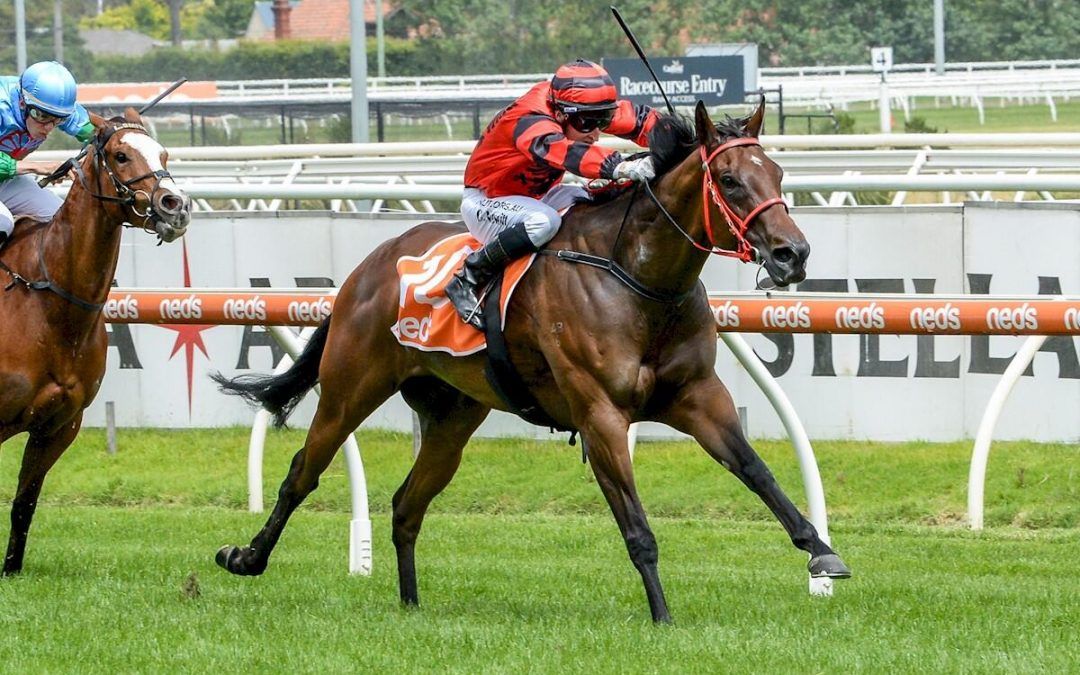 She’s done it again, Miss Albania kicks off the year in style making it three in a row at Caulfield on January 2. The on pace galloper competed in the $125,000 3YO+ Fillies & Mares BM70 Iris O’Farrell Handicap over 1100m with jockey Craig Newitt booked again for the ride.

She was the talk of mounting yard pre race with analyst Jayne Ivil declaring “I can’t fault her presentation in the yard today, she’s physically quite a mature mare and she’s well prepared. She’s fit off the back of three runs this preparation and she’s got a great demeanour. She has had a little look around but she’s very comfortable under race day pressure.”

Drawing the outside barrier was always going to be an ask, however when you’ve got a horse of this calibre, anything is possible. After being heavily supported earlier in the week then unwanted in the market before the jump, they broke out of the gates well and utilised the long run to the bend to build speed and took their time coming across to lead the field. Under a hold they straightened up with her cruising speed which had her rivals out of their comfort zone. Ears pricked with plenty under the hood, Newitt hands and heels urged her on and they raced away to win comfortably by three quarters of a length eased up on the line. The smart mare produced some slick mid race sectionals clocking 10.34s, 10.30s, 11.14s, 11.02s from the 1000-200m mark smashing the class record by over a second.

Enver was quite bashful post race stating “I’ve always liked this horse, she’s shows me that she’s got the ability. I thought she was extremely well placed today. Other horses in the race had more experience but she can now progress to better races and that’ll keep her in good stead.”

Craig then enthusiastically shared “she’s very fast! I was a little bit hesitant from wide gate as there looked to be a bit of speed in the race, but she crossed them hard on the bridle, straightened up and still had a lapful of gears. She had her ears pricked and was a matter of holding onto her a bit longer, she’s pretty exciting.”

The team is very eager about the four-year-olds prospects going forward. The fast daughter of Magnus has pulled up well and despite already proving herself in her first preparation, discussions with connections will determine what is next for her. Watch this space.