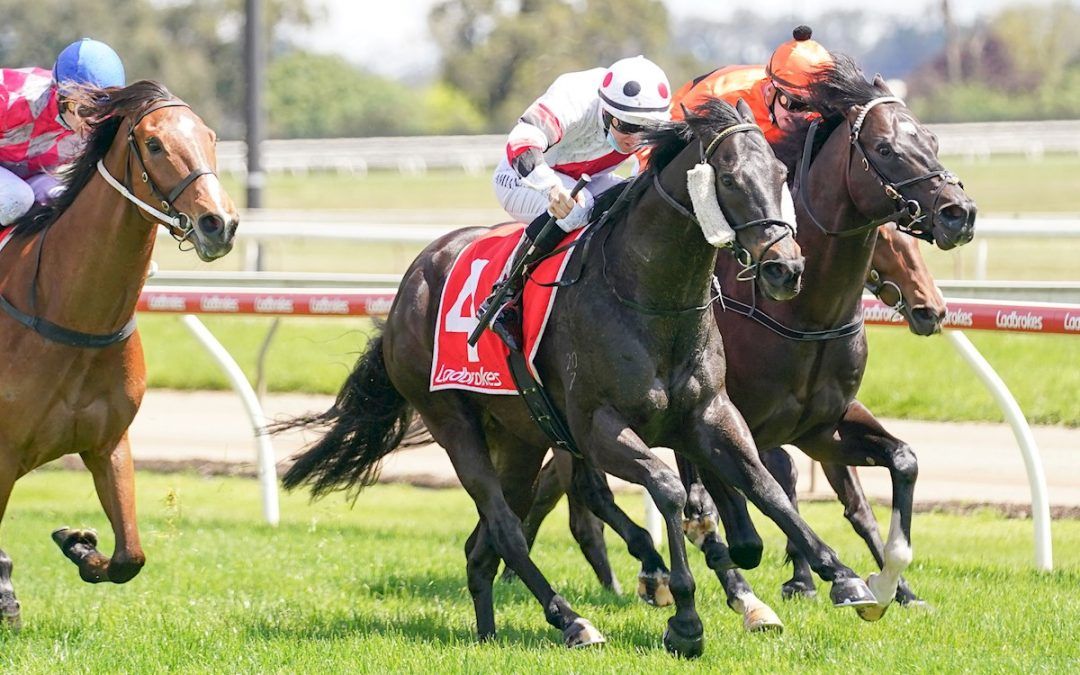 The consistent Major Impact was able to justify his short price when he fought off his rivals breaking his maiden status at Moe on Cup Day last Friday. The lightly raced gelding has shown promise over his short career finishing in the first four at all his four starts and the team were sure a win wasn’t too far away.

A tinker with some gear changes made the son of Real Impact a bit more professional on the day. They were able to jump cleanly from a nice barrier letting the speed unfold in front of them, jockey Damian Lane elected to take a sit behind the leaders. The short-priced favourite was getting through the heavy going pretty well then Lane had to duck and weave to find that gap to burst through which enabled them to win by half a length to Kannenbergs Road.

“He did everything right. When he got out he took a few strides to really get going but then he was really strong through the line. Nice horse” Lane reported post race.

Enver was pleased with the win, the team were confident the four-year-old had the best recent form compared to his rivals and a leading hoop onboard to get the job done.

Congratulations to great supporter of the stable Clint Hutchison on the win!