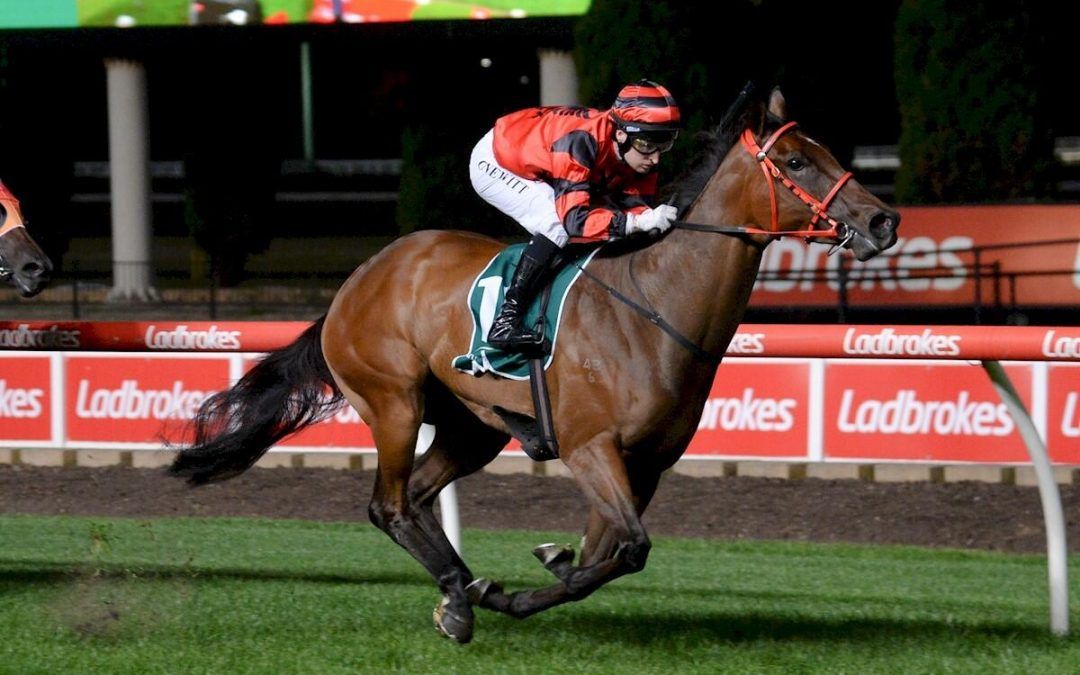 At only her third career start, our four-year-old daughter of Magnus, Miss Albania held her own at the Moonee Valley night races on December 18. She broke her maiden a month prior at Moe over 1114m and was ready to have her third start at Werribee on December 6. Being a late scratching on vets advice due to an incident in the float en route threw a spanner in the works and got Enver thinking. The bay mare is a real precocious type and there aren’t too many convictions with her at the moment so the decision was made to throw her in the deep end.

From the draft of Sun Stud (as agent) she was a $125,000 yearling purchase for passionate owner John Williams. We gave her the time she needed to mature and are now reaping the rewards. Enver was quite bullish pre race reporting “there’s a bit of depth in this race but she’s got natural speed and she paraded very well, she can really gallop this horse so tonight we’ll wait and see”.

The stylish sprinter was a true professional at her first start under lights, she jumped from barrier four with jockey Craig Newitt aboard. In the last race of the night, they jumped well but had to do some work in the early stages in the BM70 Drummond Golf Handicap over 1000m. Not many horses can string two wins together jumping up from maiden grade, but she’s managed to not only win but blitz them with a dominant speed win by two lengths against some handy opponents.

Jockey Craig Newitt stated post race “I was lucky enough to trial her a few months ago, we were pretty confident but just had to harness her speed a bit. I knew I had the horse power underneath me and I know she will continue to impress this preparation”.

The lightly raced city winner will now progress through the grades and has been coined as ‘a horse on the way up’. The Albanian community rejoiced last night, jokingly lifting a weight off Enver’s shoulders, as the pride of Albania was first past the finish line. Congratulations to all connections and the team at home for all the work that’s been put in for her success.