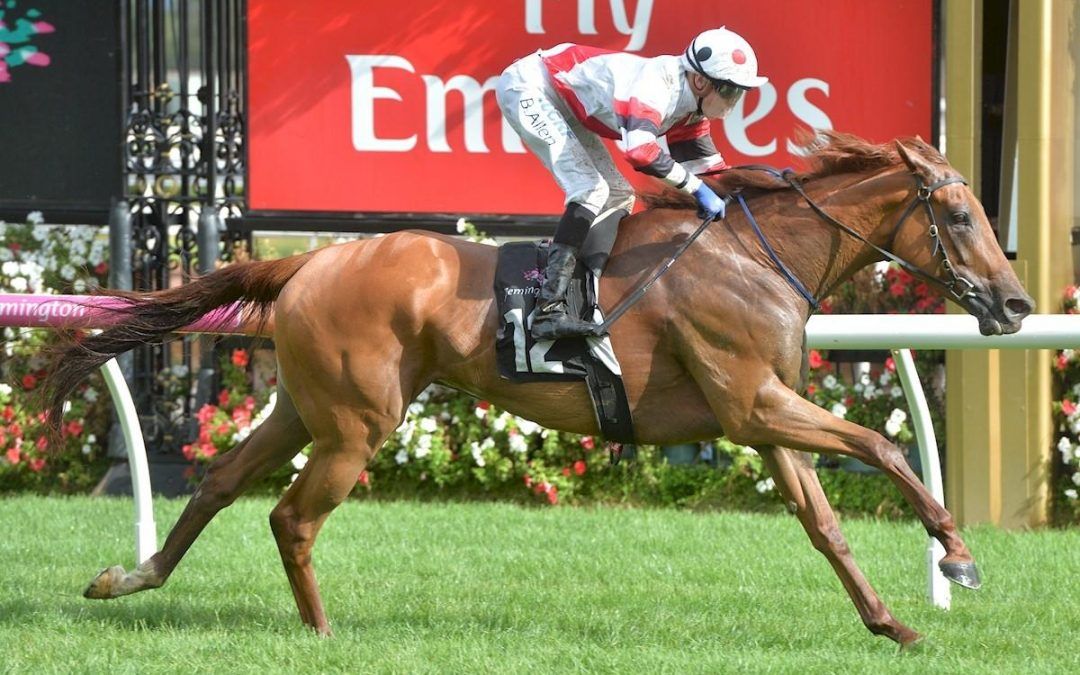 Enver Jusufovic’s patience with Sharing was rewarded at Flemington on January 6, when the big mare won the $100,000 Tauto Handicap (1400m).

Sharing is the result of a mating between fast US stallion Henny Hughes and the mare Athenae, who also is the dam of EJ’s former handy mare Mixxer, the dam of Enver’s promising mare Amortentia. The mating was a free service offered by Darley to EJ during a time he was breeding a small batch of mares.

“She has always shown a lot of ability, but immaturity and niggling problems have held her back a bit,” Enver said.

“We’ve kept her up to the mark with some dressage work and it has kept her fit and fresh. I was pretty sure she was spot on today,” he told racing.com.

The win came after Abyssinian’s impressive debut win at Cranbourne the night before. The stable has been having a terrific run since moving to the new on-course complex.

“The team is running well. It took me a few weeks to settle into how to use the new stable, but I’ve fiddled with the feed and it’s great to be able to be there as the horses go out and come back from work. It’s made a big difference not having to do so much travelling between the stable and the training track,” Enver said.