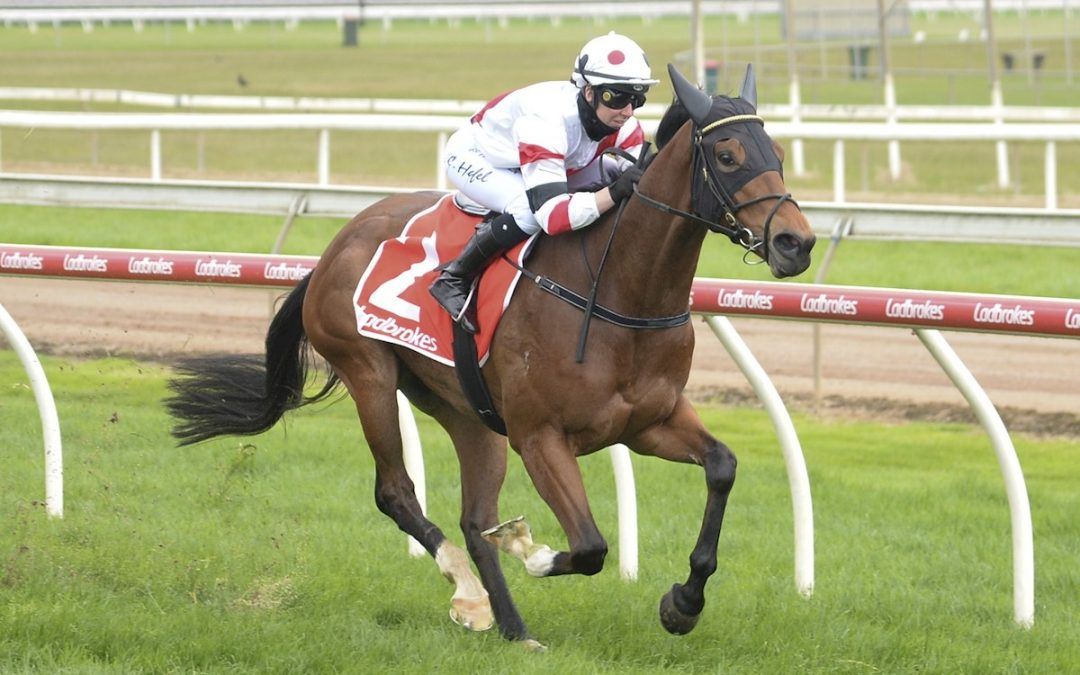 There was a big market move for the lightly raced Holt who jumped as the $1.65 favourite when contesting his third start at Moe on Sunday.

The bay gelding had debuted at Caulfield where race experience got the better of him on the day. He was then a close runner up at Pakenham-Synthetic in a fast run maiden last start. Going from synthetic to a heavy track was a query but having trialled on a bottomless track at Cranbourne, the team had to test out the Ferrari in the wet.

They broke away evenly and the promising four-year-old was given a little squeeze by jockey Carleen Hefel who let him stride out in front, keeping him in a happy rhythm. The heavy track was proving difficult for the field when everyone seemed to be off the bit around the home bend. Once Holt balanced up he put a few lengths on them and was really strong through the line – an easy watch.

“He revels in the going and he’s got ability. A quirky horse going places” reported Enver post race.

A homebred by Night Of Thunder and sticking to the cricket theme, being out of Parore (by Keeper) with half brother Gilchrist. Holt got his name inspiration from the wicketkeeper from the Sydney Thunder, Baxter Holt, who keenly watches his namesake from a social distance. The recent winner shares a stable row with half brother and 3-time winner Vongole and the unraced half sister Skilano who are both currently in work at Cranbourne.

Congratulations to the ownership group and well done to all the team at home, Holt isn’t an easy horse to train and all your efforts don’t go unnoticed.