COME RACING WITH US!

See our available horses for sale below. This list is constantly being updated as shares sell and new horses join our team, so make sure to check back regularly. If you wish to discuss ownership opportunities with Enver Jusufovic Racing, please don’t hesitate to contact us on (03) 5998 1044. 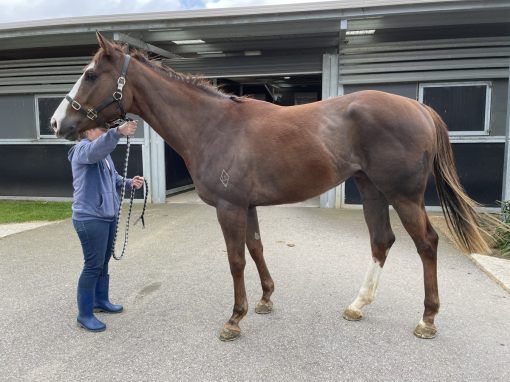 Sired by the late Unencumbered from his last crop. His 2YO season was phenomenal having ten starts for five wins including the Group 3 B J McLachlan, the Magic Millions 2YO Classic at the Gold Coast and Wyong as well as a runner up in the Group 2 Todman Stakes. He’s produced Group 2 and Listed winner Beau Rossa as well as Group 3 winners Felicia and Mirette just to name a few. A young stallion who was on the rise which his winning ways are now passed on through his progeny. This flashy filly is out of a Written Tycoon mare Mythical Madness who has passed on all that bling!

This filly is currently broken in and has commenced her first educational preparation at Cranbourne Training Facility. 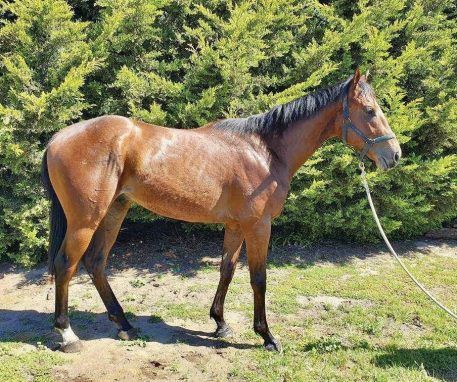 By the best performed son of Teofilo at stud in Australia. Palentino won the Group 1 Australian Guineas as a 3YO and the Group 1 Makybe Diva as a 4YO with four more stakes wins and placings to his name. The colt is out of an unraced mare owned by Enver Jusufovic who has produced three winners and a placegetter from four runners including Enver Jusufovic trained Vongole (3-time winner, 3-time city placed) and Lord Ore (5-time winner).

This colt is currently being broken in. 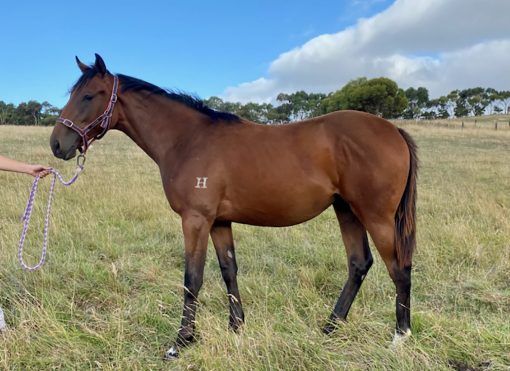 By Widden stallion Outreach who was a brilliantly fast, Group performing son of Exceed And Excel. Outreach is a full brother to Champion 2YO filly and Golden Slipper winner Overreach. He also ran second to Vancouver on debut in the Group 3 Canonbury Stakes at his only start and has already produced a stakes winner in January. The filly is out of a two-time winning Medaglia D’oro mare in La Chatte who won over a mile and 2100m when trained by James Cummings.

This filly is broken in and currently spelling. 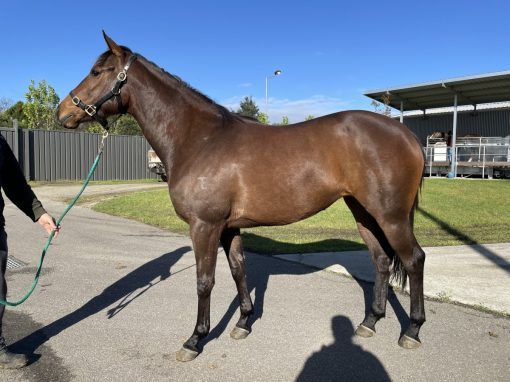 By a proven son of Danehill who was a sprinting machine on the racetrack (like half-brother Redzel) yet versatile in the breeding barn with winners from 900-3200m. This filly is out of a two-time winner and city placed mare that was bred and trained by Enver Jusufovic.

“She looks like she’ll be a sprinter to seven furlong type of runner. She’s a medium but strong build that has a great appetite. She’s a good mover with an enthusiastic temperament. A joy to have in the stables, a no fuss filly”.

This filly is came through her last preparation with flying colours and is currently out for a spell following 2 promising jump outs. She will be back in the stable again shortly for her next prep which should see her off and racing.