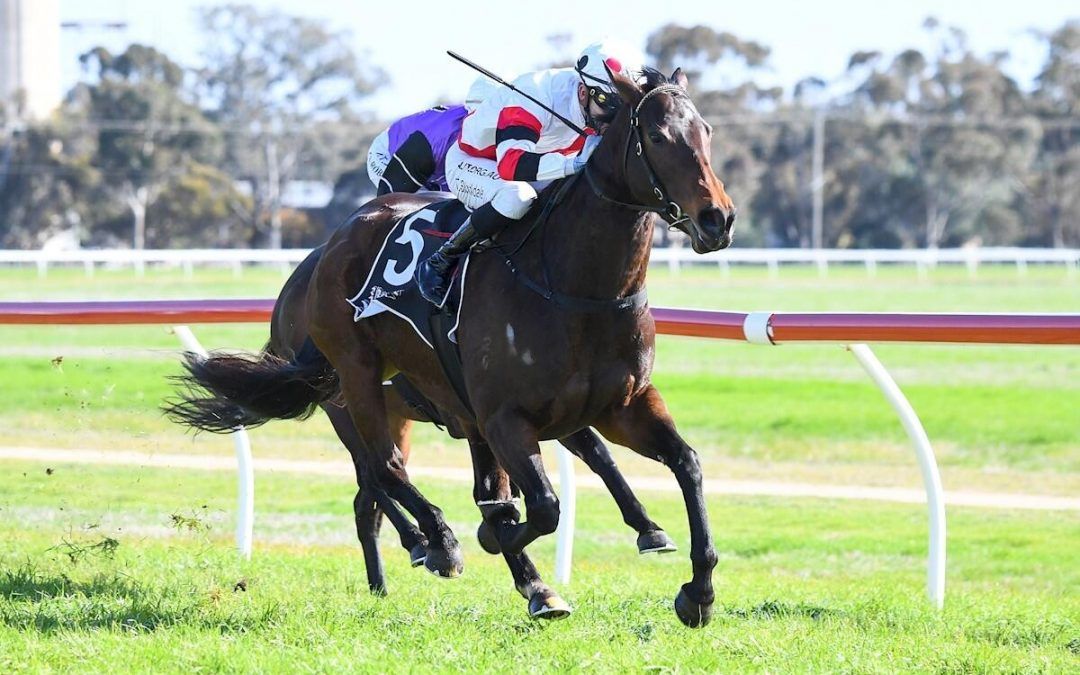 In typical Enver style, the win from Lady Silvair on Sunday was years in the making. The daughter of retired stallion Lago Delight was a late developer and when she was on the road to debut she sustained an injury to her pelvic region causing a setback in her plans and requiring a long spell. It took some time to nurture the now four-year-old back to health and the patience paid off when she impressed on debut, albeit being held up at a vital stage, finishing in third place at Cranbourne behind subsequent winner Avenue Of Pleasure.

Full of confidence leading into her second start, a 1200m maiden at Mornington, the inexperienced mare became severely unbalanced as the gates opened and almost fell. Scrambling to get to her feet, she admirably took care of her jockey Mick Dee whilst simultaneously bumping into stablemate Lots of Attention taking him out of contention. Another setback for the tough mare who now had a muscle tear in her chest requiring rehabilitation.

She got up and going again and was back at the jump outs a month later. Under not much riding she was eased up to just be beat on the line which gave us a great guide on where she was at. The team were optimistic leading into her third outing, had put the final touches on and she was was on her way to Warracknabeal.

After a four and a half hour journey there, we were hoping she would still show something positive but it was music to our ears that eight minutes before the race the odds on pop was a late scratching increasing our chances tenfold. Jockey Thomas Stockdale gave the mare every chance in the run after she showed great gate speed from an outer barrier, keeping her in a nice rhythm they settled into a beautiful spot just off the speed and shot to the lead in a two length victory. The strong win is sure to give Lady Silvair a confidence boost are hopeful that more are in store for her.

Congratulations to the patient ownership group, we hope the win brightened up being in lockdown!