Where Are They Now? Tuscan Red 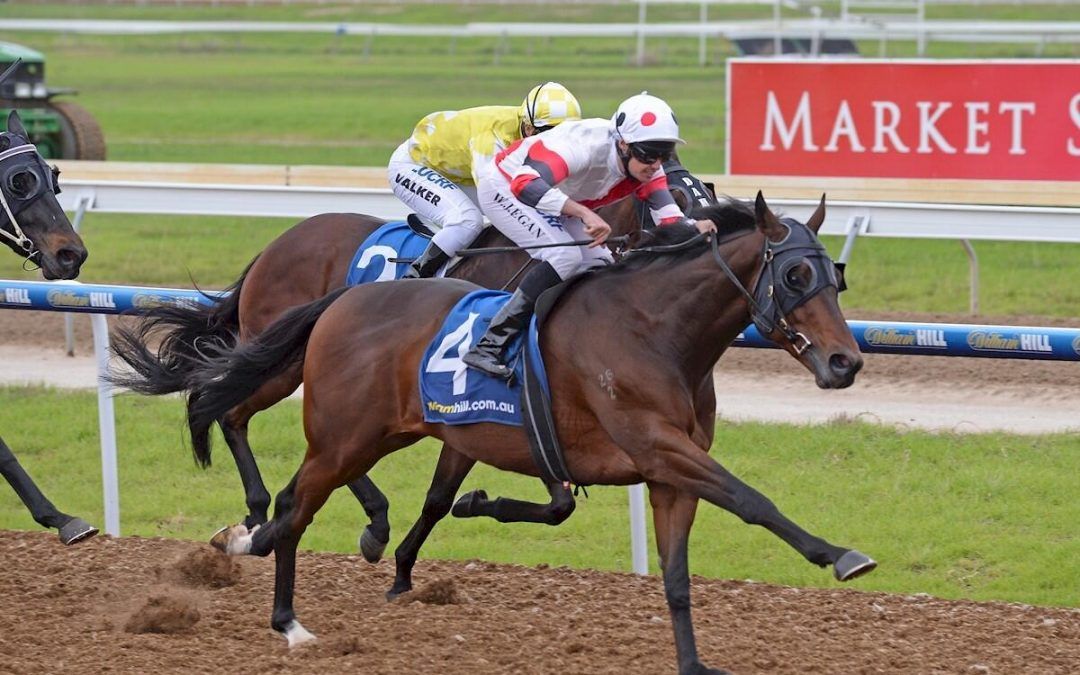 At Enver Jusufovic Racing we love to see our stable stars shining on the racetrack, but most of all we love to see them flourishing at their new homes when their time as a racehorse has come to an end. The rehoming of our thoroughbreds is very important to the team and we will be highlighting some of the past gallopers that have set hoof in our stable and are now onto their new careers.

First up we have Tuscan Red, a gelding by Medaglia d’Oro who was a $100k yearling purchase bought at the June Magic Millions sale. He was a real character who was always full of life, a real pleasure to have around the stables. He won on debut winner at Geelong on the synthetic back in May in 2016, was lightly raced when retired and now lives with Stephanie and she has kindly shared their story so far..

How long have you had Tuscan Red and what does he go by now?

I have owned Tuscan Red for nearly a year and a half now. He is now registered and competes under the name Manhattan Minute, but he is fondly known as Manny in the paddock.

Manny leads a pretty spoiled life! He has a large paddock to himself with neighbouring horses who he likes to hang around with. He typically gets ridden 4-5 times a week with a mixture of dressage, jumping and some gentle hacks around the property. He adapted very quickly to his new life and definitely enjoys the slower pace.

Manny took very quickly to dressage, showing a willing nature and picking up new aids very quickly. He is a super smart horse who is very willing to please once he understands what you are asking of him. In the beginning, it took me a little while to build his trust in me as I don’t think he ever had that strong connection with one person whilst on the track. Manny could be very arrogant and stubborn when he was unsure of something when I first started with him, but I did a lot of ground work with different obstacles to try and get him to start trusting me. This was definitely a turning point in our relationship and he is like a different horse now, so much more willing to give things a try and turns to me for confidence. I’m very proud of the work we have done and how much more he trusts me.

What discipline does he do now? Has he competed?

Manny is being retrained as an event horse. So he does dressage, showjumping and cross country. He’s quite a talented, careful jumper with a nice scopey canter. Manny had his competition debut at Boneo Park in the ‘Off The Track’ dressage series where he blew me away with how calm and consistent his first few tests were. He has already won quite a few rosettes in dressage and it is definitely his forte! Manny has also had two eventing starts where he again showed how trainable he has become. We just need to keep working on getting a bit bolder over the fences and I think he will be very competitive.

Does he have any funny quirks?

Manny is such a lovely boy that enjoys hanging around with humans, getting ear rubs and scratches. He always comes running over at dinner time, calling out to me. Sometimes, if he’s been in the tie ups for a while and is feeling relaxed, he falls asleep, nearly dropping to the ground before he realizes where he is! He also enjoys burying his nose in my hair and sniffing it… I hope that’s because it smells nice..!!

Best part about owning an ex-racehorse?

My favourite part about owning a racehorse is definitely the progress. I love being able to see how far Manny has come already from when I got him off the track. It is incredibly rewarding to watch them relax and come out of their shell, showing their own personalities and beginning to trust you. I love working with Manny because he is such an intelligent horse that tries hard to please. 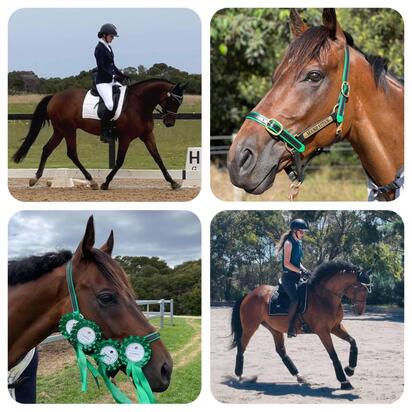 Thank you to Stephanie Holden for sharing your story, we wish you and Manny all the success in the future.